Ensuring tolerance of those with different Faiths and Beliefs

Tolerance and harmony between people who have different beliefs and faiths is very important. It is vital that children understand and respect not only their own but other people's cultures and traditions, even from a young age.

The children learnt the word 'tradition' and what it means. Some of the children were able to give an example of a family tradition that they could share with everyone in the class. 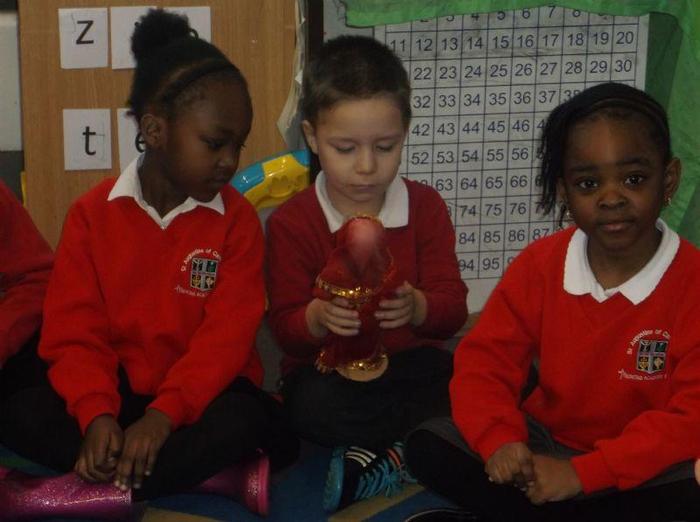 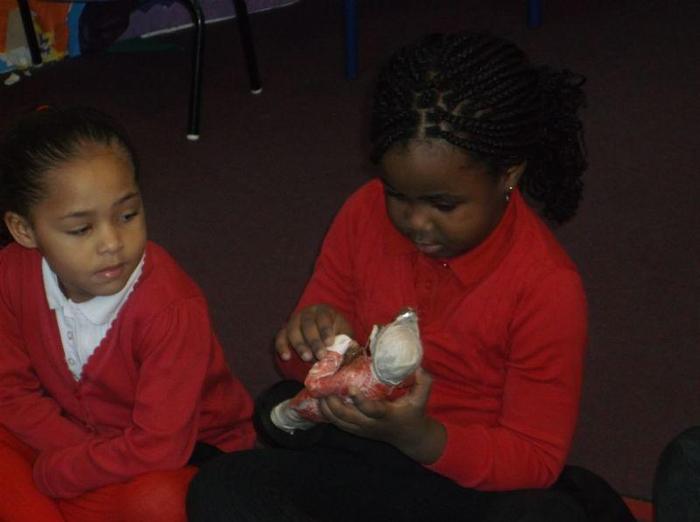 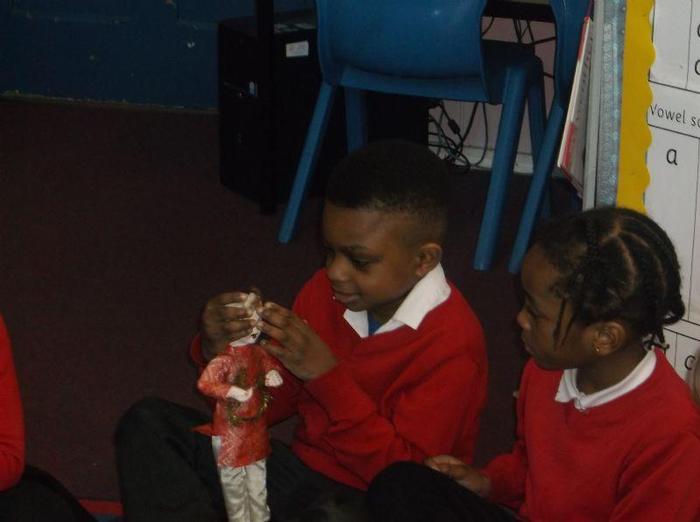 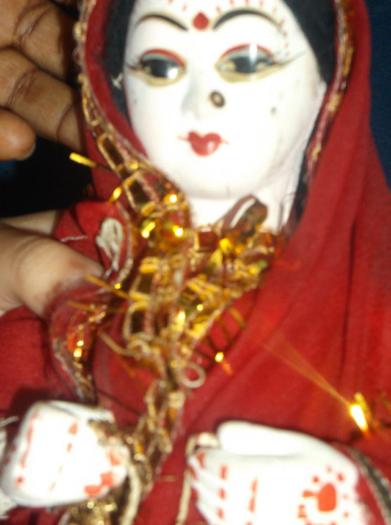 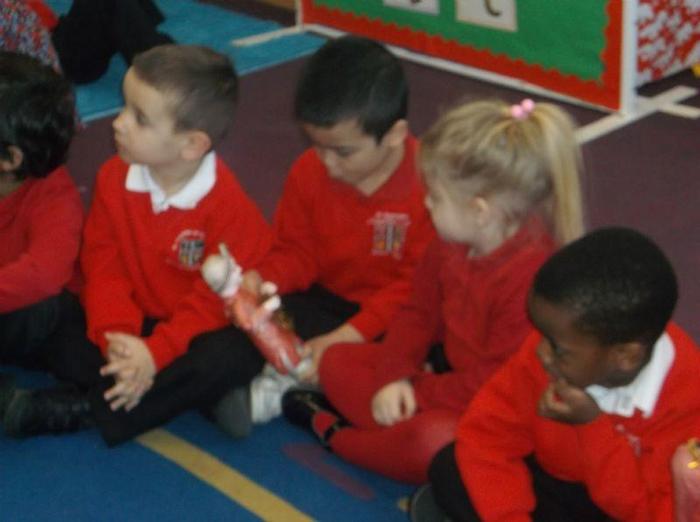 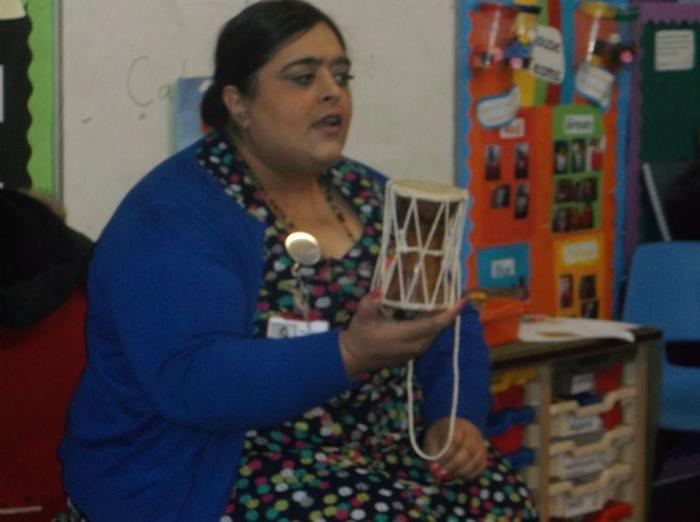 Drumming to the beat! 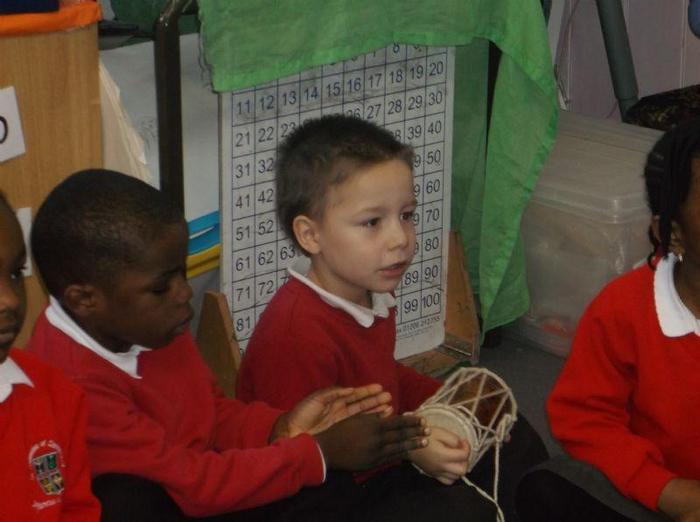 Comparing the Indian drum to the Djembe drum 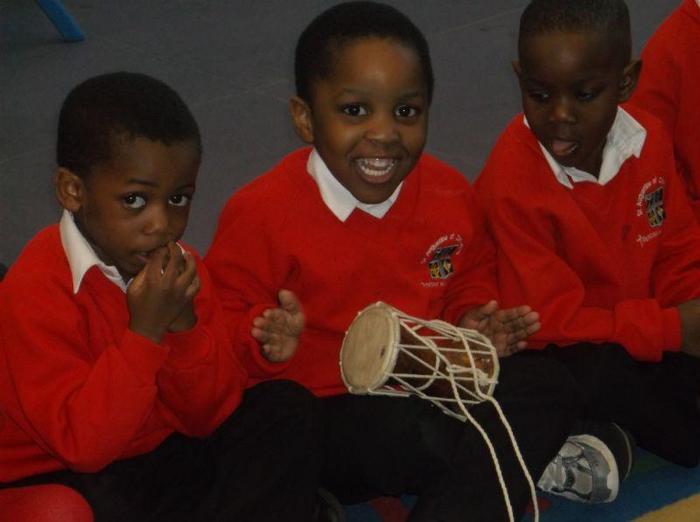 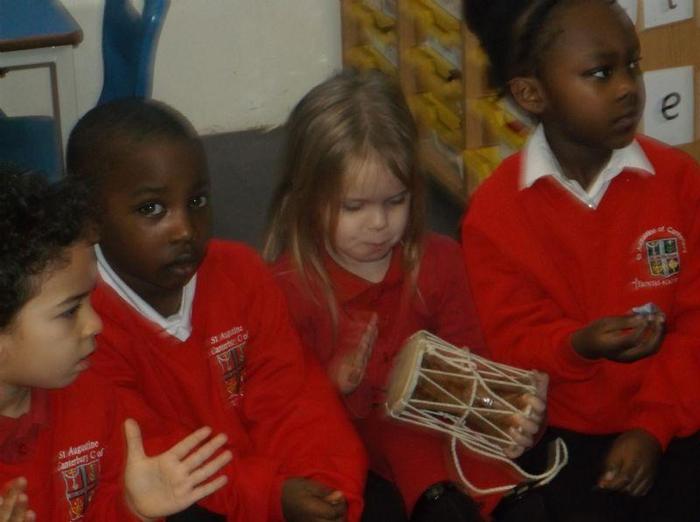 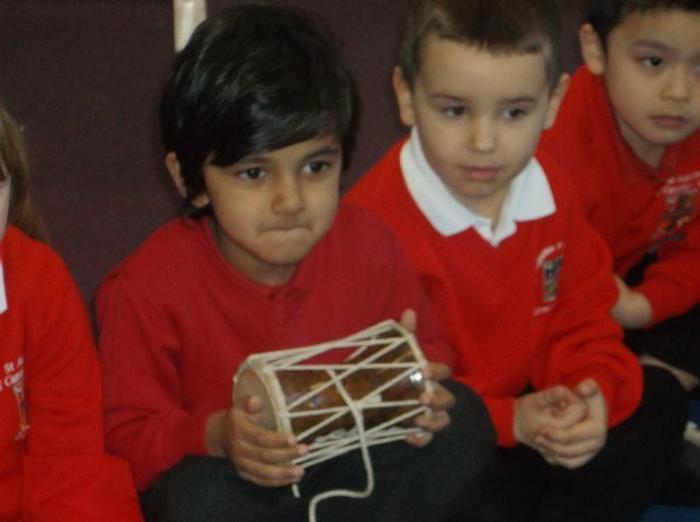 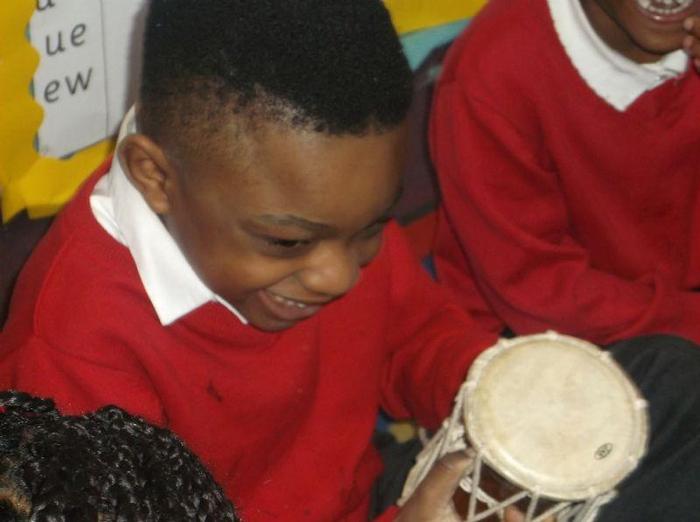 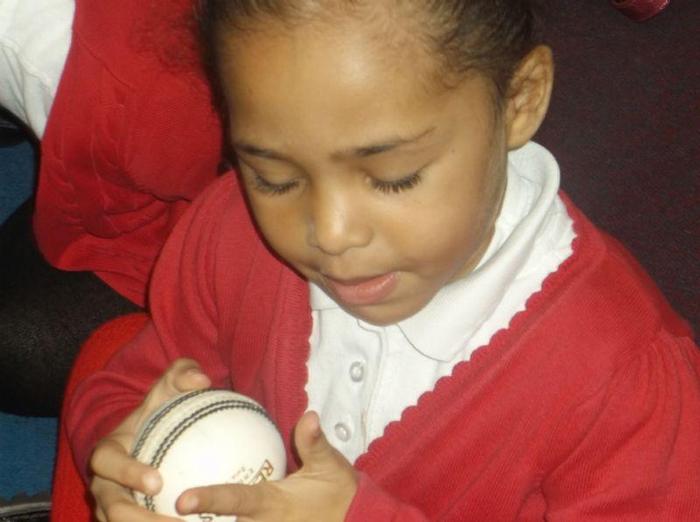 Mrs Guron shows the children how to play marbles 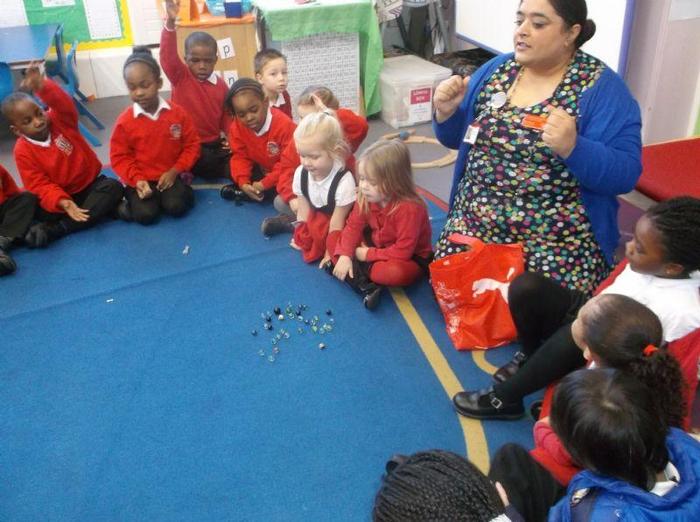 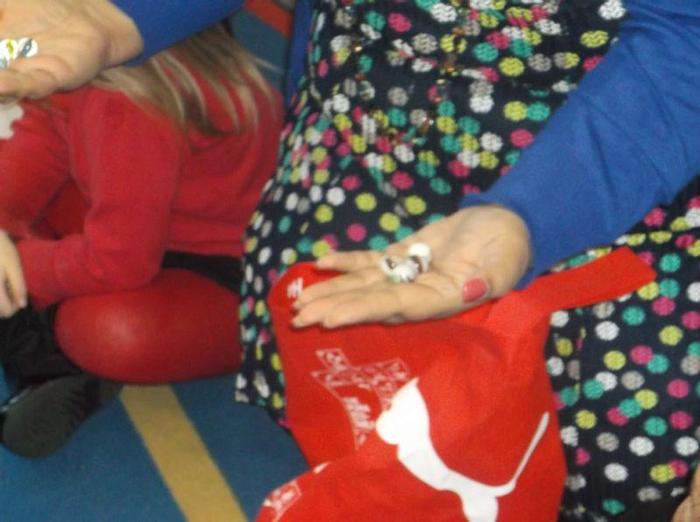 Mrs Guron passes the marbles around 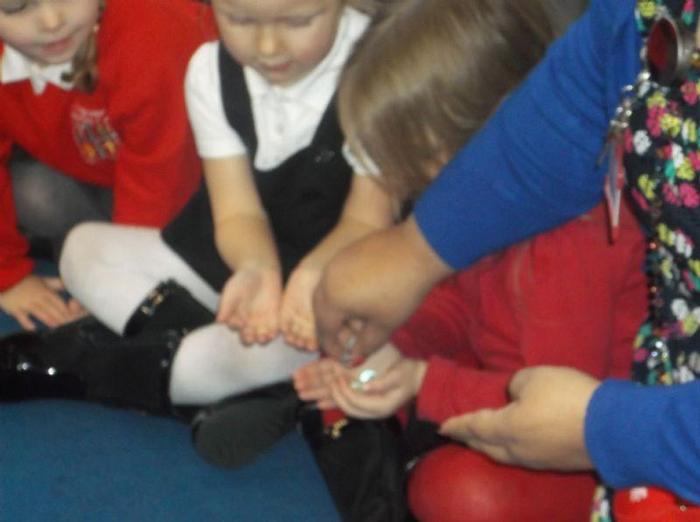 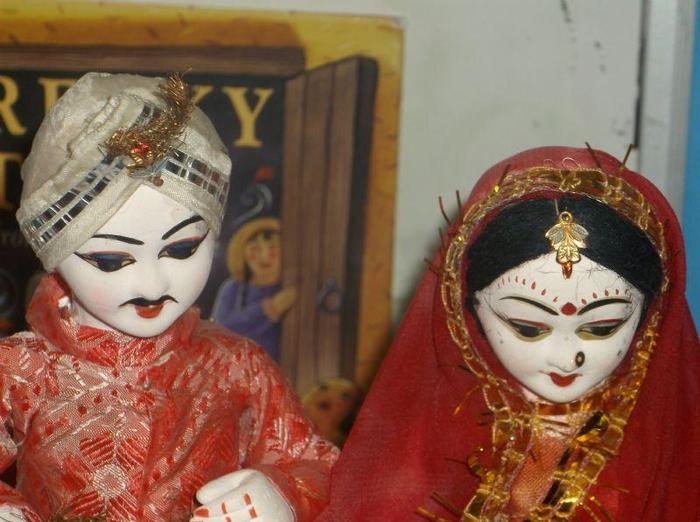